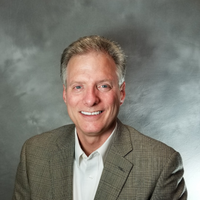 Michael Dum is an Financial Coach and Advisor in the New Orleans suburb of Mandeville, Louisiana. He finds his passion in coaching individual investors who want to take the guesswork out of investing, and get control of their assets in order to work toward meeting their personal financial goals.

Mike will tell you one of the hardest things for an investor to do is stay disciplined when markets cycle downward. We have all heard the old investing adage, Buy Low and Sell High, but many investors do exactly the opposite. It is not that people have portfolio problems, but that portfolios have people problems! Too often people allow their emotions to dictate their actions with regard to their portfolios, rather than staying disciplined using time-tested methods. This can have devastating effects on their overall performance.

As the CEO of Rhino Investments, Mike has taken investing concepts from some of the best and brightest economic and academic minds, and molded them into a practical step-by-step system that investors can actually use. Mike focuses his efforts on helping people keep their investing as simple as possible. He has created financial systems and tools, using Nobel Prize-winning academic models that have endured for more than 50 years, to guide investors to a more fulfilling financial situation without all of the rhetoric. By following these tested systems, investors are more likely to stay disciplined and not allow their emotions to control their actions.

As a graduate of Indiana University, Mike began his financial career in 1989 with Prudential Financial after working 3 years as a civilian for the US Navy in Charleston, South Carolina. He became increasingly frustrated by the limitations of working for only one company, so in 2002 Mike opened his firm in New Orleans, now Rhino Investments, and became an independent financial coach. Mike has taught people how to avoid many of the money traps that plague investors, through dozens of public and private workshops. He conducted an adult education course called Retirement Planning Today at the University of New Orleans, which helped individuals and couples prepare themselves for retirement. More recently he has focused his coaching skills on helping people avoid the investing pitfalls, and how to move from a scarcity mentality, based on the fear of not having enough, to an abundance mentality. We all want to do better and make more on our investments. The one thing I know is that, if you get the money right, all of your financial goals seem to fall into place!

Rhino Investments is one of the first financial education firms in Louisiana working at the intersection of investor education, financial systems, and technology. The idea is that if you have an understanding of why you are investing a certain way, a step-by-step blueprint to guide you, and the technology to track your progress and make adjustments along the way, you may improve your chances of reaching your goals successfully!

Born and raised in a conservative middle-class Catholic family in Indianapolis, Indiana, Mike was one of 6 children. His father was a mechanical engineer, builder, and all around Mr. Fixit; his mother, a stay-at-home mom. He credits his parents with giving him a strong work ethic and the tenacity to overcome obstacles. He inherited his father’s analytical mind-set and passion for problem solving, while his mother taught him the value of saving money. In a big family you have to know how to make a dollar stretch. Mike’s mom once told him how, in spite of their meager financial circumstances when he was growing up, they committed themselves to saving just $8 a week. It wasn’t much even back then, but they grew that into a very comfortable retirement. That story really resonated with Mike and proved to him that taking action, any action, may help get you closer to your goals. It is okay to start small and then build on those small steps. The most important thing is to start!

Mike met his wife, a New Orleans native and the former Maria Patron, through his church’s young adults group back in Charleston, South Carolina. He knew it was true love when she agreed to take his Dum name! They moved back to the New Orleans area when they started their family in 2002. They now have 3 children, Gretchen, Mary, and Andrew, and their dogs Piper and Leo.